Lipids, a group of more than 1000 subspecies, play critical roles in numerous cellular functions as ligands (or precursors) of a number of NRs or as key components of cell membranes. Decrypting how cellular lipid homeostasis arises is essential to the understanding of many physio(patho)logical mechanisms. 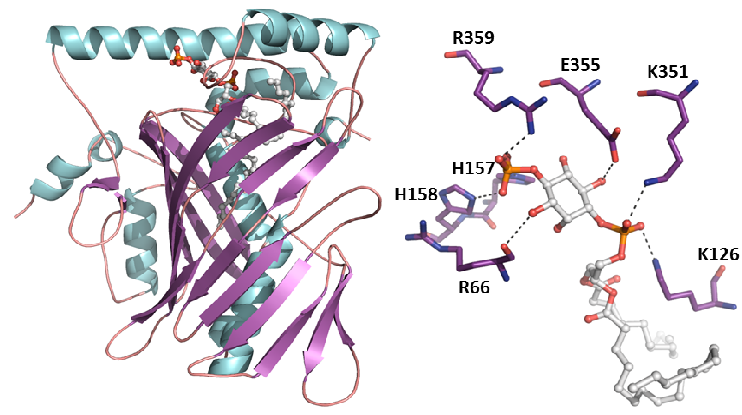 The endoplasmic reticulum (ER) is the major place of lipid synthesis from which lipids are transported to other subcellular compartments (Golgi, plasma membrane (PM), nucleus, etc.) by dedicated carriers, including the Osh/ORP family of proteins. In a research project lead by G Drin we discovered that Osh4p and Osh6p transport sterol and phosphatidylserine, respectively, from the ER to their site of action by exchanging them with phosphatidylinositol-4-phosphate [PI(4)P]. As PI(4)P is prominent in the trans-Golgi and the PM but absent from the ER, we proposed a general mechanism by which Osh/ORP proteins use this unbalance to transport key lipids directionally between organelles. Indeed, our structural and sequence analysis suggests that all ORP/Osh proteins bind PI(4)P that can exchange with a second lipid, which is specific of each family member [de Saint-Jean, J Cell Biol, 2011 ; von Filseck, Science, 2015; Delfosse, Contact, 2020].