Arrestin-dependent pathways are a central component of G protein-coupled receptor (GPCR) signaling. This pathway is activated after the phosphorylation of the GPCR C-terminal domain, which allows the recruitment of arrestin. However, the molecular processes regulating arrestin binding is not yet well understood due to the lake of structural information of the C-terminal disordered regions. Here we used an integrated biophysical strategy to describe globally and at atomic scale the basal conformations of the C-terminal domains of three class A GPCRs, the vasopressin receptor (V2R), the ghrelin receptor (GHSR) and the b2-Adernergic Receptor (b2AR). Our work revealed the presence of transient secondary structures in these regions that are potentially involved in the interaction with arrestin. These secondary structure elements differ from those described in the literature in interaction with arrestin. This suggests a mechanism where the secondary structure conformational preferences in the C-terminal regions of GPCRs could be a central feature for optimizing arrestins recognition. 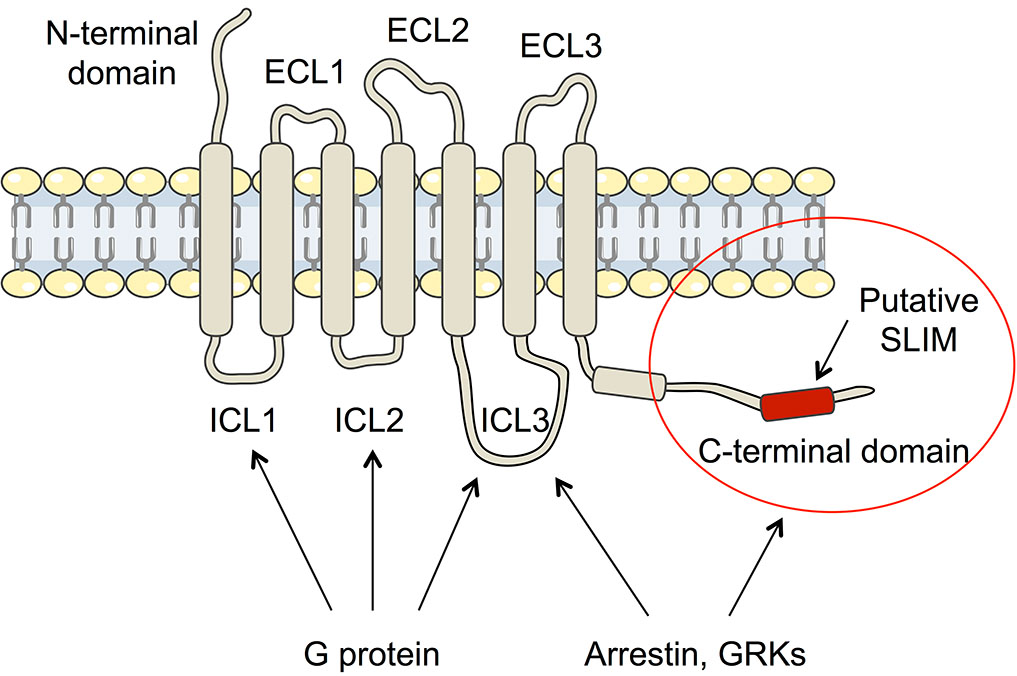