Liquid-liquid phase separated (LLPS) states are key to compartmentalise components in the absence of membranes, however it is unclear whether LLPS condensates are actively and specifically organized in the sub-cellular space and by which mechanisms. Here, we address this question by focusing on the ParABS DNA segregation system, composed of a centromeric-like sequence (parS), a DNA-binding protein (ParB) and a motor (ParA). We show that parS-ParB associate to form nanometer-sized, round condensates. ParB molecules diffuse rapidly within the nucleoid volume, but display confined motions when trapped inside ParB condensates. Single ParB molecules are able to rapidly diffuse between different condensates, and nucleation is strongly favoured by parS. Notably, the ParA motor is required to prevent the fusion of ParB condensates. These results describe a novel active mechanism that splits, segregates and localises non-canonical LLPS condensates in the sub-cellular space. 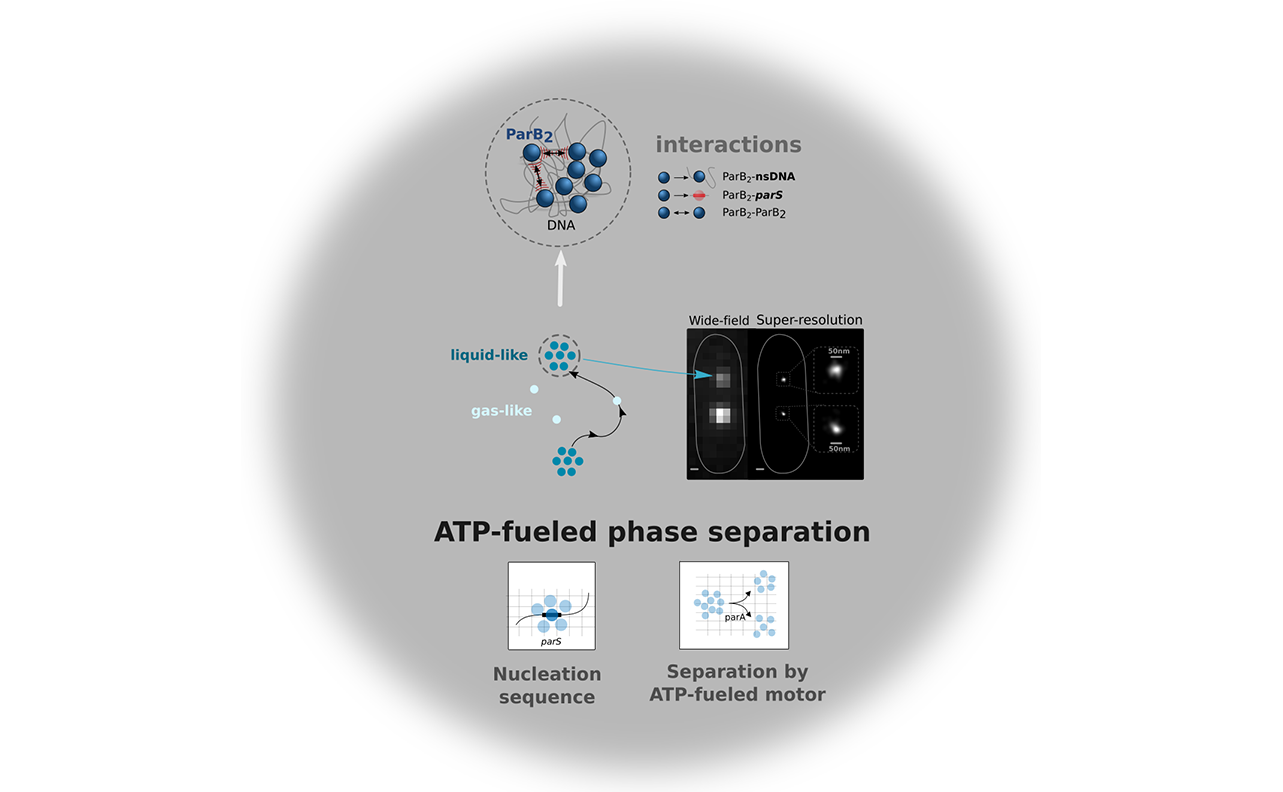